Jefferson Utilities, Inc was established in 1985 by its founder and president Lee Snyder. Through the years of waterline extensions and acquisitions, we now serve over 35 residential, commercial and industrial subdivisions, over 3700 customer service locations with water and operate 15 water treatment facilities throughout Jefferson County. Even though our company has only 14 employees, our mission is to improve lives and communities by quality service.

The history of Jefferson Utilities started long before its creation when in 1964 Shenandoah Junction water system was started by Lee Snyder’s father, Bernard Snyder, to serve a mobile home park and a few homes in the town which had been subdivided in 1891. Lee was employed as a sanitarian at the Jefferson County Health Department in 1973. After leaving the Health Department, he began working with his family in upgrading the Shenandoah Junction water system and planning a sewer system to serve an expanded mobile home park. This upgrade was becoming necessary due to the demand for service from homes in the old community. Most homes there depended on inadequate wells or cisterns.

Jefferson Utilities acquired the Walnut Grove water system in 1997, which at that time served 160 customers. The system underwent substantial upgrades to provide it with a 510,000 gallon storage tank and additional source capacity. The system is now much more dependable and serves over 1,300 customers.

The Meadowbrook water system was started as a new system in 1998 to serve the Meadowbrook Subdivision. It underwent substantial growth expanding to serve 350 customers a decade later. In 2008, to assure better fire protection and water dependability, it was interconnected with the Walnut Grove system.

In 2000, Jefferson Utilities acquired the three water systems on the Blue Ridge Mountain from their individual owners. A new mountain water plant was built in 2002. Jefferson Utilities is using a water surcharge to generate funds to replace pipe in these systems. Thru August of 2012 over 16,000 feet of new pipe has been installed, replacing the existing inadequate pipe. The 10 independent systems that previously provided water to customers in the mountain system has now been reduced to 3 with the mountain water plant supplying most of the mountain customers and now supplying fire protections thru 7 new fire hydrants.

Our newest additions in 2019/2020 to the system are President’s Pointe, Briar Run Phase 6, Aspen Green, Roxul, USA within Jefferson Orchards and the acquisition of the Fox Glen Subdivision. 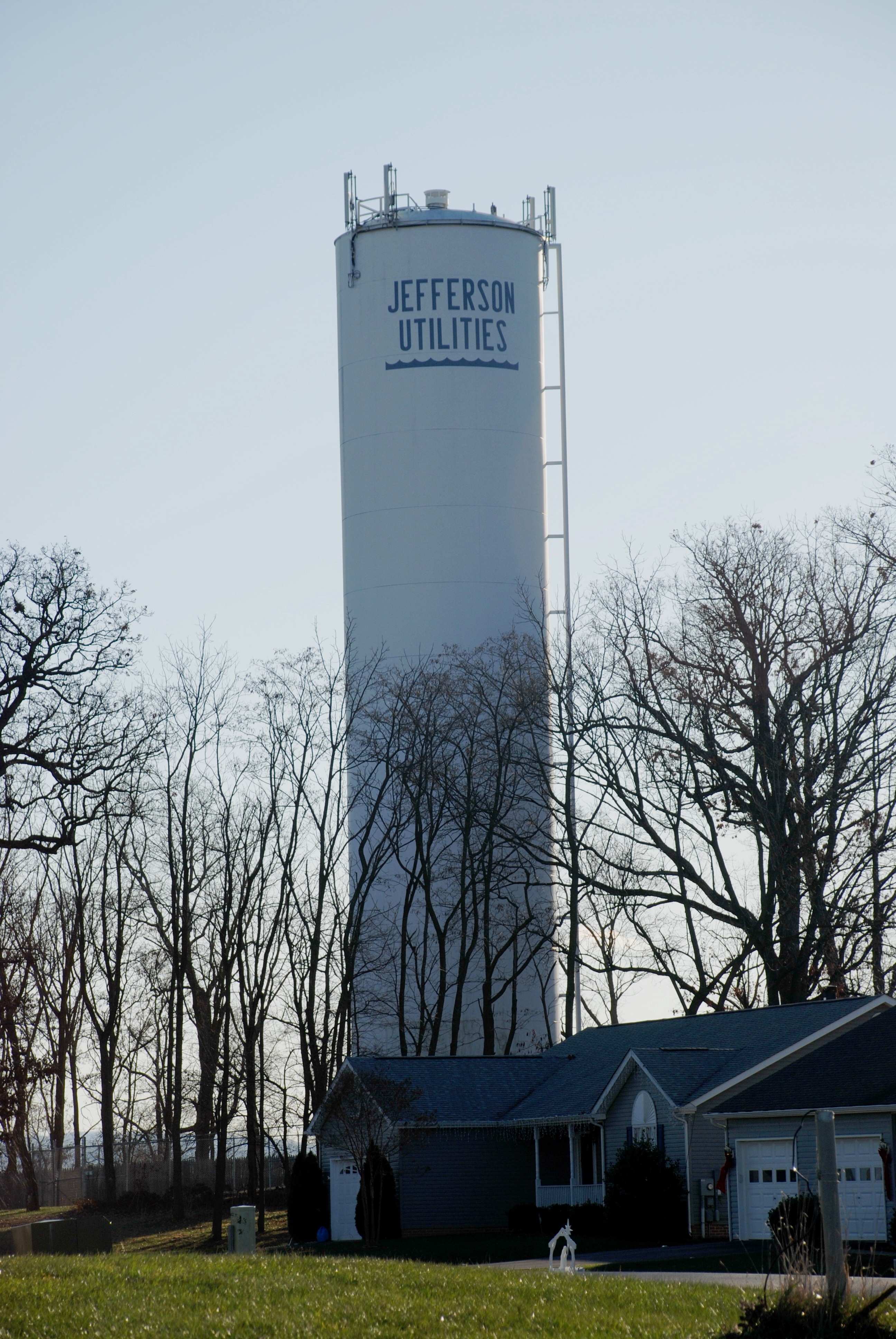